St Pancras railway station (), also known as London St Pancras and since 2007 as St Pancras International, is a central London railway terminus and Grade I listed building located on Euston Road in the St Pancras area of the London Borough of Camden. It stands between the British Library, King’s Cross station and the Regent’s Canal and is a structure widely known for its Victorian architecture. 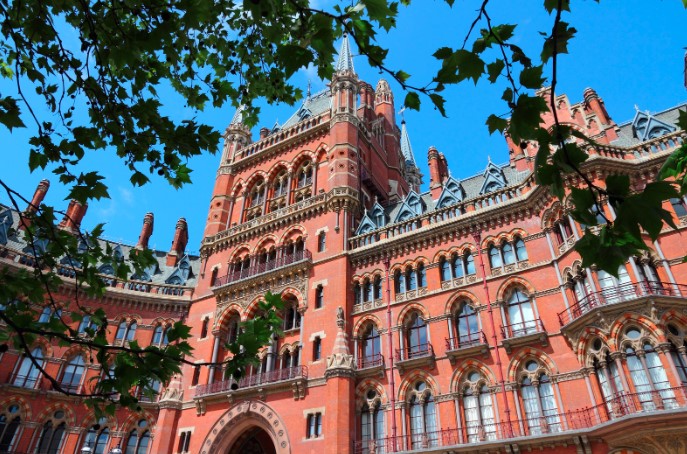 It was opened in 1868 by the Midland Railway as the southern terminus of its main line which connected London with the East Midlands and Yorkshire. When it opened, the arched Barlow train shed was the largest single-span roof in the world. After escaping planned demolition in the 1960s, the complex was renovated and expanded from 2001 to 2007 at a cost of £800 million with a ceremony attended by Queen Elizabeth II and extensive publicity introducing it as a public space. A security-sealed terminal area was constructed for Eurostar services to continental Europe via High Speed 1 and the Channel Tunnel, with platforms for domestic trains to the north and south-east of England. The restored station has 15 platforms, a shopping centre and a bus station, and is served by London Underground’s King’s Cross St. Pancras station.

St Pancras is owned by London and Continental Railways, along with the adjacent urban regeneration area known as King’s Cross Central, and is one of 19 stations managed by Network Rail.